The next version of the OPC Router is available and brings new features in different areas. In addition to optimizations of the user interface and the plug-ins, a new plug-in for the connection of MongoDB NoSQL databases is also available. For applications in the IoT (Internet of Things) and in the Cloud, NoSQL databases are often preferred to classic relational databases. The new plug-in enables the coupling of the automation level and the cloud: 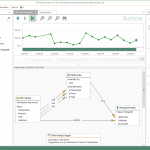 MongoDB database is a very popular NoSQL-database. MongoDB belongs to the category of document-oriented databases and is therefore able to handle collections of JSON-like documents very efficiently. Another important feature of MongoDB is the ability to replicate to multiple servers easily, which makes the availability of the database very high.
With the new MongoDB plug-in, OPC Router gets the possibility to read and write to data of the NoSQL-database. It also supports the handling of replication and can therefore take full advantage of the high availability of the MongoDB.
Via connection to MongoDB, OPC Router can write, read, change and delete data. For reading, changing and deleting, OPC Router provides convenient help for filtering data. The exchanged data is normally in JSON format. This version also contains practical new features for working with JSON data. 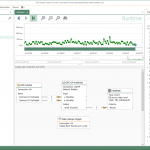 One of the important extensions in the OPC UA standard compared to OPC Classic are methods. They allow to provide methods in data model of an OPC UA server in addition to the data point structures. Methods implement logics and functions that are executed on the underlying device. Input and output parameters can be passed by the client.
In the new version of OPC Router, OPC UA methods can now also be called. The methods can be selected via browsing in the graphical OPC client configuration and can be insert into a connection configuration together with input and output parameters.
The support of methods in OPC UA servers is becoming increasingly common and enables a consistent integration of the logics of automation devices into higher-level system structures.

OPC Router offers the JSON object for a creation and evaluation of JSON documents for handling the JSON format commonly used for IoT. The new version of JSON object has a significantly simplified user interface for the intuitive creation of JSON processes.
OPC handshake has also been extended. The proven OPC Message Trigger is also able now to send telegram numbers to OPC server or PLC in order to signal available data telegrams.
For the operator who creates the connections in the OPC Router, work is even more pleasant now thanks to the integrated Inline Help. The help of OPC Router manual can be used directly from the respective context of the user interface. The help for dialogs and configurations can now be called up immediately without a long search.