The Shutdown of Google IoT Core – What now?

The Google Cloud Platform combined with the Google IoT Core is a frequently used combination in the industry. By shutting down the Google IoT Core, Google is forcing many users to switch soon. This article will provide you with detailed information about the available alternatives, how the change works, which possibilities the OPC Router offers and how you can benefit as an OPC Router customer. 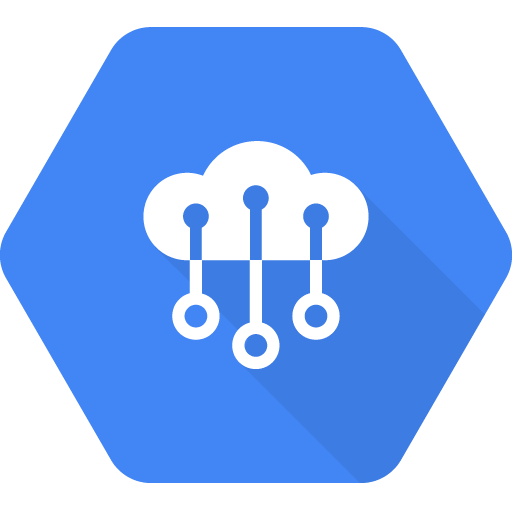 What is the Google Cloud Platform (GCP)?

The Google Cloud Platform is the cloud solution developed by Google that combines all cloud computing services. Google services are bundled there, such as Google Search or YouTube. Besides some management tools, the Google Cloud Platform offers some cloud services, such as data storage, computing or data analysis. For the Internet of Things (IoT) area, Google has developed the “Cloud IoT Core” services. These provide great functionalities for connecting many machines and devices.

What is the Google IoT Core?

The Google IoT Core forms the interface between the Google Cloud Platform and all machines and devices in the IoT. Connections are set up via the MQTT message protocol and an MQTT broker. End devices and gateways can then connect to Google’s cloud services via the Google IoT Core.

Google launched the Google IoT Core at the beginning of 2018, and now there was a notice for the end users of the Google service that the IoT application will be discontinued again on August 16, 2023. From that day on, access to device managers from IoT Core will no longer be possible. Devices and machines will no longer be able to connect to IT. Many users are already looking for alternative solutions.

What should I do with my Google IoT Core connection?

For those customers who use the OPC Router and have been using the Google IoT Core for their IoT connectivity, you can breathe a sigh of relief, because there are some alternatives available.

Shutting down the Google IoT Core is not a problem for OPC Router customers. Due to the diversity of the OPC Router, you can quickly integrate an alternative into your system by drag & drop. The following part explains which solutions we offer and how you can connect to a new cloud.

What alternatives are there?

Switching from the Google IoT Core to a cloud alternative occurs with the OPC Router using drag & drop in the graphical user interface. The following four options are available for OPC Router customers:

Thanks to the diversity and standardized use of MQTT, this switch is also technically solvable without significant problems. Nevertheless, we are happy to assist you with our support.

The Azure IoT Hub is the gateway for data to the Microsoft Azure Portal. Microsoft’s cloud application is one of the leading environments on the market. The IoT Hub is the primary bi-directional connector for external data sources and devices. Subsequently, the Azure Cloud is enabled to store data and also transmit data from the cloud to the field level.

The OPC Router is capable of connecting to the Azure Cloud via the Azure IoT Hub using the MQTT Plug-in. Along with our support, a step-by-step guide is available for the connection.

Within the Siemens MindSphere IoT Cloud Platform, Siemens provides its own cloud environment specially designed for the industry. Siemens describes MindSphere as a cloud-based IoT operating system that provides the analysis of IoT data. MindSphere enables IoT data from a broad range of data sources to be unified into a holistic context. That enables more accurate analysis.

The Siemens MindSphere can be connected to the OPC Router using the MQTT Plug-in. Once connected, the OPC Router provides the cloud platform with data from production. Either our support or our step-by-step instructions will help you with the connection.

The Amazon AWS Cloud is also one of the most popular cloud environments on the market. The cloud is available in over 190 countries and offers the possibility of creating objects in the IoT environment with the AWS IoT Hub. Data is then transferred to the Amazon AWS Cloud.

Using the OPC Router and the MQTT Plug-in, the integration of the AWS Cloud into your system landscape is straightforward. The OPC Router support and the step-by-step instructions will gladly help you with this.

The IBM Watson IoT Platform is an IoT solution developed for the IBM Watson system. It acts as the control center for all activities in the IBM IoT. In the IoT platform, machines and devices can be created to which the latest data can then be sent and assigned via MQTT.

Here, too, the OPC Router benefits from its MQTT Plug-in. That allows you to quickly integrate the IBM Watson IoT platform into your system landscape. Our step-by-step guide and our OPC Router support team will gladly assist you.

How does the switch work with the OPC Router?

Connecting many cloud environments is possible with the help of the MQTT message protocol. Using the MQTT Plug-in of the OPC Router you can convert your cloud connection in just a few steps, via drag & drop and without any programming effort. The screenshot shows you a database connection via MQTT to the Amazon AWS Cloud.

Our example shows how to send temperature data from a database to the Amazon AWS Cloud via the MQTT Plug-in. Temperature data is retrieved from the database every 5 seconds and converted into the JSON structure. That makes it simpler to send data via MQTT later. Using the MQTT Plug-in, this data is passed to a cloud. In our screenshot, the Google Cloud Platform was replaced by the Amazon AWS Cloud and the temperature data is now stored there. The broker connection was redefined for this purpose.

Try out your cloud connection directly.

Try out the OPC Router and your cloud alternative now, free of charge and without obligation.

In our step-by-step guides, you will find everything you need to know about connecting your cloud alternative within the OPC Router.

The Azure IoT Hub from Microsoft Azure Portal is one of the leading environments on the market. Our step-by-step guide shows you how to connect to the Azure IoT Hub.

Amazon AWS Cloud lines up alongside Azure IoT Hub and is one of the most popular cloud environments on the market. Learn everything you need to know about connecting to the Amazon AWS Cloud in our step-by-step guide.